Please enable JavaScript to view all aspects of this website. 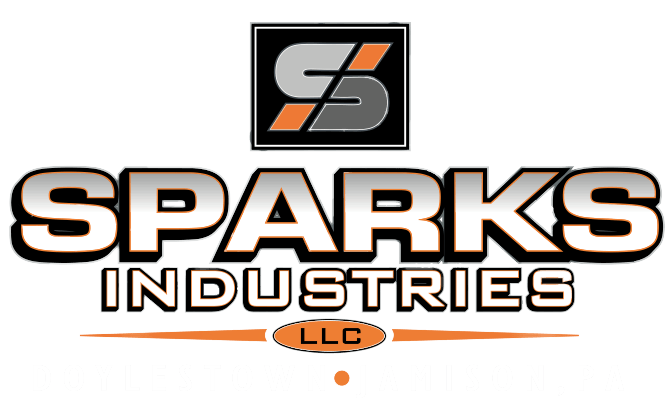 Serving your topsoil, mulch and landscaping stone needs for over 35 years.

Sparks Topsoil & Mulch is one of the top producers and suppliers of Triple Ground Non-Dyed & Dyed Mulches, Screened Topsoil, Leaf Compost, Crushed Stone, River Rock, Sand, & Building Stone in our area! We are family owned & operated for over 30 years. Jeffrey Sparks started his business brush hogging fields throughout high school. Throughout those years, he managed to save enough to buy his first dump truck, trailer, and backhoe which was the start of the excavation division.

Later, that business expanded and Jeff saw the demand in the area for Screened Topsoil. With this he invested into multiple screener plants now servicing the Doylestown, Yardley, Warminster, Willow Grove, and surrounding areas. As the business expanded, over the years he employed his brothers, wife, nephews, son, and daughter as well as other employees who soon became like family. Within the past 15 years, we have expanded our business into retail and commercial mulch sales. With the mulch business growing, in the past year we have also acquired a second mulch business, Warwick Green Grinders.As of January 1st, 2020 we were pleased to announce we have merged both Jeffrey Sparks Topsoil & Mulch and Warwick Grinders to now become one company as Sparks Industries LLC. We have the most affordable rates in the area for topsoil delivery & pickup!

Call us today and speak to our experienced staff!

If you’re interested in beautifying your home or business, look no further than Sparks Industries. Jeffrey Sparks, our founder and landscaper extraordinaire, has developed an excavating company that’s been serving the local area for over 35 years. His vision became reality, and now Sparks Industries has the largest inventory in the Pennsylvania area for all of your landscaping needs.

Whatever your project entails, Sparks Topsoil and Mulch has EVERYTHING to help your landscaping environment go from good to great! We have on-site professionals dedicated to showing you which mulch or topsoil would be the best fit for your requirements. In fact, Sparks Industries has the highest quality and BEST prices in the PA area, therefore you can be 100% sure that every landscape choice you make is topnotch.

As one of the largest wholesale mulch suppliers and distributors, Sparks Industries serves hundreds of landscape projects and landscape companies throughout the area. Our mission is to not only offer the HIGHEST QUALITY, but to offer incomparable service. Whenever projects demand greater loads and more manpower, Sparks Excavating delivers tractor and trailer loads of 50-60 plus yards minimum, MORE than any other in the PA area! Leave a Review on Google

“Indigenous Ingenuities has been rethinking landscaping in Bucks County since 2013. Our projects add beauty to our surroundings and improve local ecosystems using locally sourced, natural materials. We rely heavily on Jeffrey Sparks' high quality leaf mulch as the only mulch that enhances the soil microbiome while adding beauty, water retention, and cooling for the natural landscaping that is our specialty. Jeffrey Sparks also supplies much of the stone that is essential for our work. We consider Sparks to be one of our key business partners!"

“I’ve done business with Sparks Industries for over a decade and they always deliver! Be it on time delivery or top quality material every time. I always know the service and materials will meet or exceed the expectations of my customers, who expect a lot from me. Sparks Industries is my first choice for topsoil and mulch.”

“I have been dealing with sparks for quite some time now. Their quality of products is top notch. Soil comes directly off the screener and delivered dry and loose. The loads are delivered in a timely fashion and with accurate yardage. From the ladies who answer the phones to the drives who deliver the material everyone is always happy and pleasant to deal with. Give them a call you will not be disappointed.”

Fill out the form or use the contact info below.

Please note that Free Quotes have a two yard/ton minimum for delivery. Orders below the minimum must be picked up. Unit price per yard are less expensive if you choose to purchase in bulk.